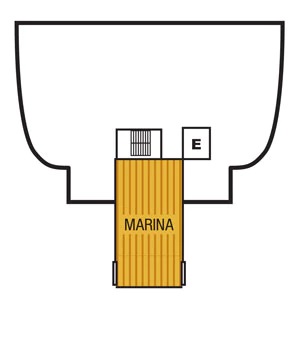 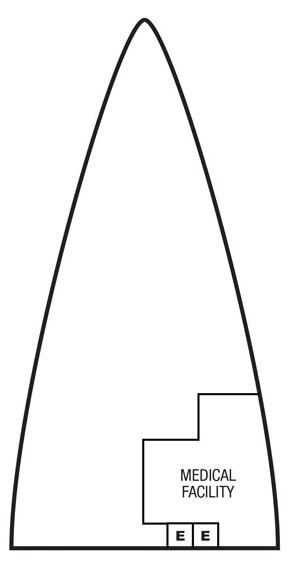 15 Night Cruise sailing from Dover to Reykjavik onboard Seabourn Quest.

Seabourn Quest is the third iteration of the vessel design that has been called “a game-changer for the luxury segment. True to her Seabourn bloodlines, wherever she sails around the world, Seabourn Quest carries with her a bevy of award-winning dining venues that are comparable to the finest restaurants to be found anywhere. Under the guidance of celebrity chef Charlie Palmer, Seabourn Quest offers a variety of dining options to suit every taste and every mood, with never an extra charge.

Dover (London), England, UK
Crossing the English Channel from continental Europe to Great Britain, the first view of England is the milky-white strip of land called the White Cliffs of Dover. As you get closer, the coastline unfolds before you in all its striking beauty. White chalk cliffs with streaks of black flint rise straight from the sea to a height of 350’ (110 m). Numerous archaeological finds reveal people were present in the area during the Stone Age. Yet the first record of Dover is from Romans, who valued its close proximity to the mainland. A mere 21 miles (33 km) separate Dover from the closest point in France. A Roman-built lighthouse in the area is the tallest Roman structure still standing in Britain. The remains of a Roman villa with the only preserved Roman wall mural outside of Italy are another unique survivor from ancient times which make Dover one of a kind.

Bristol (Bath), England, United Kingdom
Known as ‘the city of the seven hills,’ Bristol’s characteristic landscape of rolling hills, softened by the curves of the Avon River, is easily recognizable. Its key landmarks include the Clifton Suspension Bridge spanning the Avon Gorge and the 878-year-old, 300′ (90 m) Bristol Cathedral towering above the old town. The stone structures of historic Bristol University with their awe-inspiring pillars, statues and fountains stand in stark contrast to the many ultra-modern buildings. Cabot Tower, built to commemorate the 400th anniversary of John Cabot’s 1497 voyage to the New World, stands on Brandon Hill. Though Bristol sustained significant damage during WWII, it remains a unique mixture of Victorian, Georgian, and post-war architecture. It was the Romans who first noted the area’s mild climate and built a number of villas along the Frome and Avon rivers. Bristol enjoys more sunshine than most of England and is one of the country’s warmest cities.

Dublin, Ireland
Historic Dublin, the capital of Ireland, is rich in tradition and heritage. Founded in 841 as a Viking settlement, Dublin remained under Viking rule until the Norman invasion of Ireland in the 12th century. Divided by the Liffey and Tolka rivers, Dublin is a truly quaint and picturesque city. Bridges, waterways, narrow alleyways, and beautiful Georgian architecture await discovery. Dublin’s 751 pubs support a traditional folk music scene second to none. Wandering along its streets, you cannot avoid noticing the city’s different faces — its cobblestone streets next to modern and mid-century buildings, massive stone churches heavy with the weight of ages, and colorful storefronts with ornate woodcarvings. The history of Dublin and Ireland itself can be seen through the changes in Dublin Castle. This impressive architectural landmark is one of Ireland’s most iconic symbols. Of traditional Norman design, it was erected in the 13th century to serve as the headquarters for Norman power.

Brodick, Isle Of Arran, United Kingdom
Brodick is the largest town on Arran, the largest island in the Firth of Clyde. The town is sited overlooking Brodick Bay and the Firth, with looming Goatfell mountain as a backdrop. At nearly 3,000 feet (847m) tall, the mountain is one of Scotland’s most popular hiking sites. Brodick is an important ferry terminal for the crucial tourism trade on the island. Arran is a popular holiday destination for hill-walking, horseback riding, fishing and golf. Brodick Castle is a red sandstone baronial home surrounded by handsome gardens and Scotland’s only island country park. The Isle of Arran Heritage Museum recounts the history of the island from prehistoric burial sites to the present day.

Djupivogur, Iceland
Djúpivogur is a very small, quaint town of some 456 people, located in East Iceland in Berufjörður fjord. Towering, pyramid-shaped Mount Búlandstindur dominates the landscape, rising to 3,510’ (1,069 m). It is a place of unspoiled nature, with quiet lagoons and a tranquil harbor populated by colorful fishing boats. The area is well-known for the diversity of birdlife, especially in nearby Búlandsnes Bird Sanctuary where most of Iceland’s bird species can be observed. Time seems to flow more slowly here, because the residents have chosen a much different lifestyle, enriched with opportunities to observe their natural surroundings. Djúpivogur is a creative community, displaying its local arts and crafts in workshops and galleries. The Eggs of Merry Bay, ‘Eggin í Gleðivík,’ is a large outdoor art installation by renowned Icelandic artist Sigurður Guðmundsson. It consists of 34 large sculpted stone eggs representing the 34 bird species found in the vicinity. Located only a kilometre from the town center, it makes an easy and pleasant stroll along the shore.

Reykjavik, Iceland
Reykjavík, established by Viking settler Ingólfur Arnarson around 870 C.E, is the location of the first permanent settlement in Iceland. The census of 1703 recorded that Reykjavík had 69 residents and consisted of a farm and a church. The impressive statue of Leif Erikson, in the center of town, reminds all of Iceland’s Viking heritage. Its name translates to ‘smoky bay’, due to the geothermal nature of the surrounding area. Today about 200.000 people live in the Icelandic capital, roughly 60 % of the country’s population. It has evolved into a sophisticated city. The northernmost national capital in the world is also one of the cleanest, greenest, and safest on Earth. Walking Reykjavik streets one will find rich culture, history, music, shopping and in the late hours vibrant night-life. Colorful rooftops and the elegant spire of Hallgrímskirkja Church dominate Reykjaviks’s skyline. Known for its arts, Reykjavik hosts a number of internationally recognized festivals, notably the Iceland Air music festival, Reykjavik Arts Festival and the Reykjavik International Film Festival.