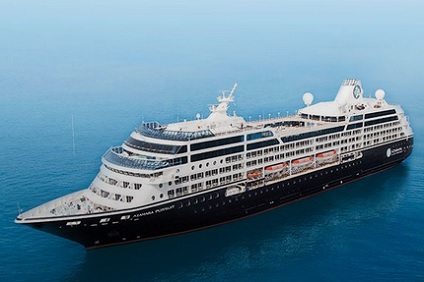 Truly, thereâ€™s no other country quite like Greece, and itâ€™s yours to discover on this Country-Intensive Voyage aboard the Azamara PursuitSM.

This journey begins in Athens, then weâ€™re off for a late stay on the glamorous island paradise of Mykonos, where after-dark dancing and dining adventures are waiting.

From here, discover the many epic landmarks of Ephesus. Walk in the footsteps of St. Paul at the Amphitheater and explore the house where Mary, Mother of Jesus, once lived.

Next, weâ€™ll island-hop to Patmos and historic Rhodes (where youâ€™ll be transported back to the days of the Byzantine Empire) before arriving on Crete where modern Agios Nikolaos awaits.

Then itâ€™s on to the bustling tavernas and volcanic beaches of our final portâ€”Santoriniâ€”where you can finish your day with a glass of Vinsanto (a sweet, strong dessert wine) before our return to Athens.

Piraeus (Athens), Greece
You could spend a lifetime in Europeâ€™s oldest city and still not see everything it has to offer. Settled over 3,500 years ago, Athens is like a mythological crossroads of the past and present, where modern buildings share the skyline with spectacular ruins like the Parthenon.

Mykonos, Greece
Picture perfect is the best way to describe Mykonos. Idyllic in every way, from the brilliant blue water in its harbor to the rows of 16th-century Venetian windmills, Mykonos is a postcard come to life! Spend your days strolling delightful cobblestone streets and visiting artisan craft shops. And when the sun goes down, discover why locals refer to this hedonistic city as the Ibiza of Greece!

Kusadasi (Ephesus), Turkey
Kusadasi has many charms, but letâ€™s talk Turkey: The star attraction is Ephesus. Once the second largest city in the Roman Empire, its marble-made Arcadian Street stretches from the 24,000-capacity Great Theatre (where St. Paul used to preach) to the harbor. Nearby sites include the Temple of Artemis, Basilica of St. John, and House of Virgin Mary, where Mary is supposed to have spent her last days.

Patmos, Greece
The tiny island of Patmos is where the last book of the New Testament was allegedly written. Visit the Cave of the Apocalypse where John the Apostle stayed in AD 95. Fast-forward 993 in the Monastery of Saint John the Theologian which still stands guard over Patmos town. Then, make the pilgrimage back to Skala for a picnic of local delicacies like fresh octopus and savory cheese pie.

Rhodes (Lindos), Greece
First on your agenda should be the Rhodes waterfront where once stood the Colossus of Rhodes, one of the Seven Wonders of the Ancient World. Just a short ride away, the medieval town of Lindos features houses stacked like giant sugar cubes on a steep hill. Hitch a donkey ride to the acropolis at the top for spectacular views of the town and Saint Paulâ€™s Bay.

Agios Nikolaos, Crete
Known for having â€œthree faces to the seaâ€, this port on Creteâ€™s east coast seamlessly blends the charm of a small fishing village with the glamor of a chic resort town. The perfect base for exploring smaller islands around Crete, it’s easy to create your own personal paradise in Agios Nikolaos.

Santorini, Greece
The capital, Fira, clings to the rim of the caldera 900 feet above the sea. Take the cable car, or giddy up on a donkey to climb the 588 steps to the top. Hike to nearby Oia, a quintessential Greek village. Head south to the 3,500-year-old Minoan town Akrotiri. Often called Greeceâ€™s answer to Pompeii, the well-preserved ruins provide a glimpse into Santoriniâ€™s storied (and explosive) past.