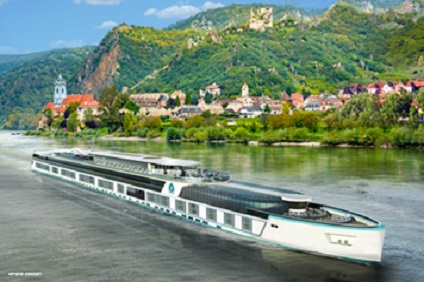 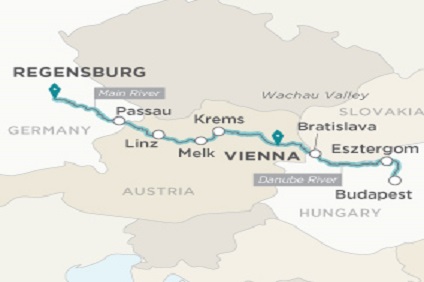 10 Night cruise departing from Regensburg to Vienna onboard Crystal Mahler.

The lights of the season shine bright on this voyage along the Danube, showcasing centuries of art, music and holiday magic and charming Christmas markets, and ringing in the New Year with an elegant double overnight in Vienna.

Regensburg, German
Situated at the northernmost bend of the Danube and boasting a well-preserved medieval center, Regensburg finds itself not only a UNESCO World Heritage Site but also a traveler’s favorite destination. This charming town came through World War II unscathed, with its 1,400 or so ancient buildings standing as regal testament to days gone by. In fact, Regensburg can trace its history to the Celtic age. Other pages of its interesting story include chapters as a major trading hub in Roman times and, in the centuries following, a flourishing city that displayed its prosperity and confidence with embellished churches, stately homes and sturdy towers to protect it all. Today, nothing can shield Regensburg from the admiration of visitors who develop an enduring fondness for this riverside treasure, complete with elaborate cathedral, quintessential clock tower, multi-arched bridge and multi-faceted personality.

Passau, Germany
At the confluence of the Danube, Inn and Ilz rivers, Passau is also situated at a meeting of cultures. The town began as a Roman settlement, enjoying the rising tide of influence as the largest bishopric in the Holy Roman Empire and enduringly vibrant as a hub for various trade and manufacturing pursuits, including salt, swords and ideas. Experience Passau’s charm as you the wander the cobbled streets of Old Town, gaze upon arched bridges and Italianate manses and encounter magnificent St. Stephen’s Cathedral and the New Bishop’s Residence.

Linz, Austria
Named the European Capital of Culture in 2009 and added to the roster of UNESCO Creative Cities as a City of Media Arts in 2014, Linz embraces the present and future, even as it remains reverential to its past. There is much to be proud of: Here on the gentle curve of the Danube, Linz rose to power as a political and economic hub for the Holy Roman Empire. Trade and influence extended in all four directions, from Hungary and Germany to the east and west and Poland and Italy to the north and south. Later, Linz sparkled as a city of the Habsburgs, the last home to German Emperor, Friedrich III. The city’s layout reflects its history, with an ancient medieval center encircled by neoclassical, neo-baroque and neo-Renaissance neighborhoods, a kind of tree-rings of age and architectural styles. Highpoints of old traditions and impressive landmarks include the Linzer torte, dating to 1653 and thought to be the oldest cake in the world, and St. Martin’s church, the oldest church in Austria.

Melk, Austria
Best known for its fortified baroque Benedictine monastery, Melk Abbey, the town of Melk boasts an assortment of smaller gems. Among them, the city’s riverside location, serene and regal with a ribbon of wooded groves giving way to the lovely village. Cobbled lanes and a petite size make for a pleasant stroll with a chance to discover its 16th-century Town Hall, or Rathaus, in the center of town, and Haus am Stein, or House at the Rock. Built in the 15th century, the vine-covered abode is Melk’s oldest building.

Bratislava, Slovakia
Slovakia’s capital city may be the country’s buzzing political and economic center, but it is also a historic gem that stirs the imagination. A maze of narrow, cobblestone streets wind around colorful 18th-century buildings, and shade-covered sidewalk cafes beckon weary—or simply hungry—travelers to linger over a meal and enjoy people watching. Museums, cathedrals and palaces are edifying locales to spend some time, while photography buffs will want to snap images of the medieval castle that looms over the city with a majestic grace. For those looking for more contemporary sights, Bratislava boasts a pulsating modern art scene, as well as some outstanding examples of Communist-era architecture.

Budapest, Hungary
Cast your eye over the Budapest skyline, and you’ll see all the makings of a world-class city and striking photograph: domes and spires, bridges and lampposts, splendid architecture in the foreground, rolling hills in the back, and the Danube River placidly curving through it, providing a reflective surface for sunsets and city lights. Look closer, and the treasures of Budapest—Hungary’s capital and the largest metropolis—really come to light. Castle Hill is at the top of most visitors’ lists, a UNESCO-listed district hosting Buda Castle, Trinity Square, Matthias Church and Fishermen’s Bastion. The area is also residential, with 18th-century houses, cobblestone streets and few cars, thanks to a strict vehicular ordinance, giving you a real sense of what the city must have been like ages ago. Budapest is full of history, originally a Roman settlement, formed as a unified city when Buda and Pest joined in 1873, overtaken by various invading forces over the centuries, and today an interesting goulash of local culture and foreign influences. Take a seat in a Turkish-era bath or savor rich Esterházy torte in a genteel coffee house to experience the many sides of a city that charms from both sides of the Danube.

Esztergom, Hungary
Once the capital of Hungary, Esztergom still displays a regal appearance, situated beautifully on the Danube and capped by the Esztergom Basilica, the largest church in Hungary. Adding to its former-capital credentials is Esztergom’s stretch-way-back history: It is one of the oldest towns in Hungary. The Middle Ages version of the city lies underneath the present Esztergom; excavations have revealed evidence that this spot of Hungarian earth has been inhabited since the end of the Ice Age—in other words, 20,000 years ago. Fast forward to today and you’ll discover a town that stays in touch with its past, with most roads leading to the grand Basilica. Turn your head away from the church’s imposing edifice to glimpse the city’s other attractions, including fountain-adored squares, fine gardens and, of course, the waters and bridges of the Danube.

Vienna, Austria
Layered and elegant, with elements of cozy and grand, musical and visual might be the best way to characterize Vienna—or one of many ways, as this imperial city surely can inspire endless lines of poetic descriptions. Once the capital of the Austro-Hungarian Empire and forever known for its distinguished roster of composers who either were born or lived and worked here—including Mozart, Haydn, Beethoven, Schubert, both Strausses, Liszt and Brahms—Vienna finds itself at the very center of European culture, even as it sits near the border of the Czech republic, Slovakia and Hungary. Turn to a blank page to memorialize your own impressions of this grand city, remarking on its manicured gardens, ornate architecture—especially that of the famed Ringstrasse—intimate bistro pubs called beisln and a certain flourish that can only be called Vienna.