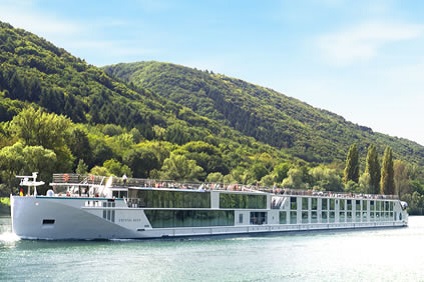 Cruise the inland waters of the Netherlands and Belgium to discover the land of windmills, tulips and wooden shoes; marvel at the spectacular modern architecture of Rotterdam, the medieval charm of Ghent and the artistic masterpieces of Antwerp.

Amsterdam, Netherlands
Everyone has an image of Amsterdam. For some, itâ€™s small boats gliding on the canals and locals two-wheeling on bikes to and from work and, as frequently, to meet friends for drinks. For others, itâ€™s gabled buildings leaning, seemingly precariously, over cobbled streets and cozy taverns illuminated by candles. Still others imagine tulips in bloom and the colors, both muted and vibrant, of the paintings Vermeer, Van Gogh and Rembrandt. All images are true and even more beguiling when experienced in person. Sit a spell in a convivial cafe, explore world-class museums and feel the significance of a unique historyâ€”one of a city reclaimed from the sea, rising in prestige and influence as merchants built trade and wealth, and forever known for its attics and attitudes that offered refuge from war. Narrow streets and great manses tell the story not only in images but with the aroma of appeltaart, a taste of the avant garde in newly constructed buildings and a feeling of warmth from the amiable locals.

Hoorn, Netherlands
The harbor-side town of Hoorn encompasses what makes the Netherlands so special: water, trade and architecture. Located near the open sea on the largest lake in Western Europe, the Ijsselmeer, this Golden Age city shines, still glinting with the prosperity brought by the great sailing ships of the Dutch East India Company, which delivered exotic spices and sprinkled the town with more than a dash of elegance. Hoornâ€™s power and influence reached as far as the shores of South America where, on reaching the continentâ€™s most southerly waters in 1616, native son and explorer Willem Schouten dubbed the windswept outpost Cape Horn after his hometown. On your own expedition here in hospitable Hoorn, you will want to explore the cobbled streets to discover interesting museums, fine monuments, the graceful town square and the timeless harbor.

Kinderdijk, Netherlands
Kinderdijk, one of Netherland’s biggest tourist attractions, is located less than 20 kilometers from Rotterdam and even closer still from Dordecht. It is world-renowned for the 19 windmills dating from the 1700s that continue to operate today. This Unesco World Heritage Site continues to enthrall tourists with its historic windmills (and the beloved folklore of “The Cat and the Cradle” that goes with it), a picturesque town and a community of friendly locals who eagerly welcome visitors from all over the world seeking a peek into old world Dutch living.

Rotterdam, Netherlands
If other cities in the Netherlands can be characterized as quaint and charming, Rotterdam is best described as trendy and sophisticated. Much of its edgy personality is a result of a wiping out of its history, at least the tangible history as represented by its old buildings. The Rotterdam Blitz of World War II destroyed central Rotterdam, leaving it to be rebuilt with an innovative and contemporary approach to design. Modern buildings feature eye-catching curves, cubist references and materials of concrete, glass and steel. Old slices of the city still remain in Delfshaven, or Delft Harbor, and Oude Haven, or Old Harbor. Rotterdamâ€™s energetic mix of old and new, along with a collection of outstanding museums, hotels and restaurants, helped make Rotterdam the Academy of Urbanismâ€™s 2015 European City of the Year and consistently earn it top rankings for best places to visit.

Antwerp, Belgium
What Milan is to Italy, Antwerp is to Belgium, a historic city that is on-trend with a finger on the pulse of fashion, art and entertainment. A dynamic energy fills Antwerpâ€™s old squares, gorgeous with cobbled centers and edged, like a cake with decorative icing, by ornate buildings. High-reaching church towers and fountains with cherubic sculptures add to the feeling of antiquity, while the portâ€”the largest in Belgium and one of the largest in the worldâ€”brings a sense of purpose and prosperity. Surely, you associate Antwerp with diamonds. More than 70 percent of all diamonds are traded through this sparkling city, one that also shines under the light of celebrated painter Peter Paul Rubens, who lived and worked in an Italianate city manse, now a museum.

Ghent, Belgium
Buildings with stair-stepped gables, the meeting of the rivers Scheldt and Leie, intact and well-preserved medieval architecture, a brooding castle, the famed Ghent Altarpiece. Ghent has much to admire, including a grounded personality that doesnâ€™t prove too protective of its treasures. Rather, the place is welcoming and hard workingâ€”and hard playingâ€”a center of industry that trades goods and a lively cultural scene that exchanges ideas. Walk along Ghentâ€™s pretty canals, wander into its stunning churches, stop to appreciate the flowers that adorn its squares and alleyways and become enchanted by a city that was once one of Europeâ€™s richest north of the Alps and continues to enrich the experience of travelers.

Middelberg, Netherlands
A key player in the Golden Age of Dutch science and technology, Middelberg scientists are credited for the invention of the microscope and telescope. Famed explorer Jacob Roggeveen, who discovered Easter Island, was a Middleberg resident too. Today, the city continues to thrive with its rich cultural and scientific history with gothic buildings, centuries-old canals, and the Delft Market Square where old and new worlds, locals and tourists, meet to celebrate this beautiful city.